© Warrington Male Voice Choir 2005-2012.  If you have a comment or complaint about this web site, please write to the web manager at warringtonmvc@gmail.com 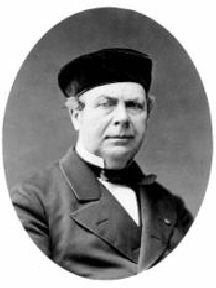 een’ was removed to Ketton Hall, Rutland in 1883, following Hopwood’s earlier move to the new mansion.  It was enlarged by adding three pedal stops and two reservoirs, and the work was again managed by Félix Reinburg.  Remarkably - perhaps uniquely - the organ was blown by three water engines supplied by a purpose built water supply system.  By 1926 the hall had become the property of the Ketton Cement Company, who sold the organ to Warrington Corporation for £2,000 for installation in the Parr Hall.  The efforts of Alderman A. Bennett JP, Dr. M. Darby, W.H. Payton and T. Tanner were pivotal in persuading the Council to make the purchase to replace the existing organ.  Henry Willis & Sons managed the installation.  The civic opening performance was given by Wilfred Sanderson on 30th September 1926, followed by a recital by Marcel Dupré of the Paris Conservatoire on 28th October 1926.  Both concerts opened with Toccata and Fugue in D Minor by J.S. Bach.

By 1969 the organ had fallen into disrepair, largely caused by a lack of humidity in the hall, and a full restoration became imperative.  Plans to sell the organ for its scrap value were opposed and a ‘Cavaillé-Coll Organ Retention Committee’ was formed to raise funds.  The Committee received the public backing of Prime Minister Edward Heath, amongst others.  Warrington Corporation added to the amount raised to bring it to the £9,000 necessary for the restoration.  Henry Willis & Sons carried out the work which included removing the original pneumatic Barker lever mechanism and replacing it with a modern electric action.  A manual change-over switch was also added, allowing the three manuals to be used in the normal English position.  Crucially, no tonal changes were made.  On completion of the restoration, a civic Inaugural Concert was given by Gilbert Kennedy and Nicholas Kynaston, with massed Warrington choirs, on 23rd November 1972.

Recently, doubt has again been raised over the future of the organ.  It is currently under threat of removal as part of modernisation plans for the Parr Hall, and although interest has been expressed in rehousing the organ elsewhere, the proposal is strongly contested by the Warrington Male Voice Choir.  Whether the Cavaillé-Coll organ should remain in its current location or be moved to where it would receive a wider audience remains a matter of debate.

Douglas Carrington, former editor of The Organ magazine, has written of the Parr Hall organ: “The tonal beauty and excellence of the specification and voicing is immediately apparent.  Prior to 1850 the English Pedal Organ had been markedly deficient: here though, there is a suitable Pedal bass for every combination of manual stops, showing that Cavaillé-Coll had a voicing skill seldom surpassed.  It is the only one in this country capable of producing the authentic tone colours created by Cavaillé-Coll and so brilliantly realised in the compositions of César Frank and all the French symphonic romanticists.  Many of the Cavaillé-Coll organs in France have been altered, so Warrington can congratulate itself on having a Cavaillé-Coll envied by French organ enthusiasts.  The importance to the nation of this organ cannot be overstated.”